Jazz with Mr. C: What I Can Do, Besides What I Have Tried to Do 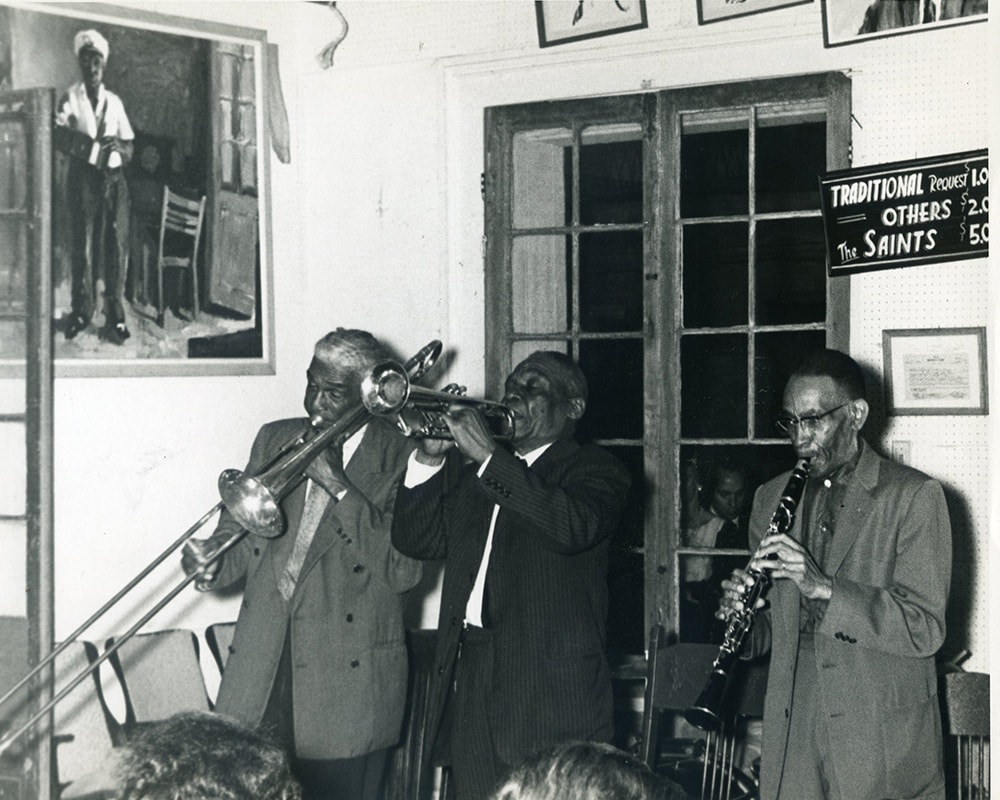 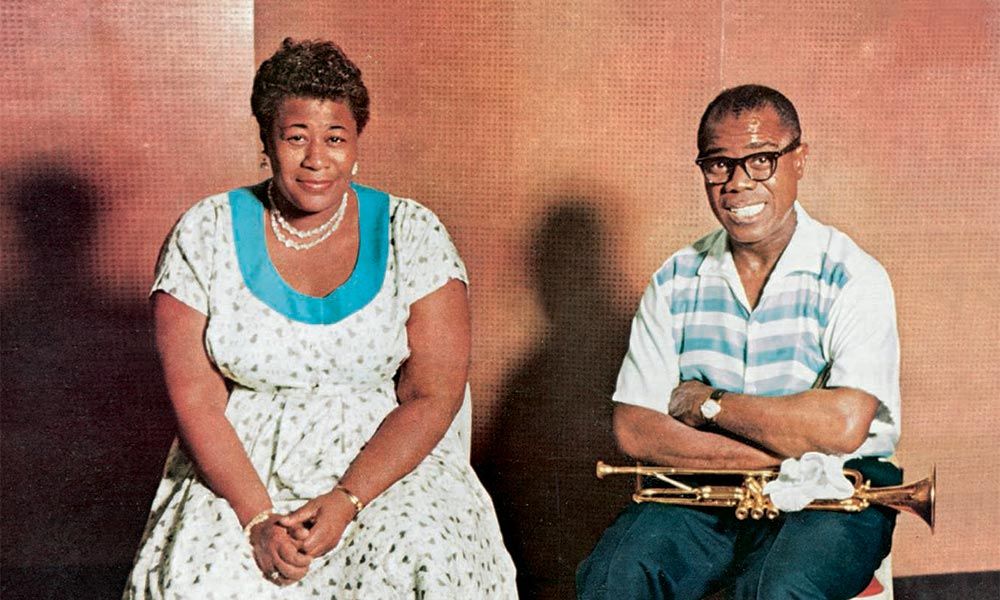 I have always been aware that my status as a white guy who advocates for the Black arts culture could be associated with the stereotype of the white liberal who enjoys the art but is distanced from the humanity. My interest in African American music and literature is self-driven, partly out of empathy and desire to know, partly because I just enjoy them. Ever since I first encountered Earl Hines’ piano solo in Louis Armstrong’s “St. James Infirmary” or heard Harry Belafonte, Duke, Ella Fitzgerald, the Preservation Hall Band, Stevie Wonder, Oscar Peterson, The Four Tops, Lester Young, James Brown, Jimi Hendrix, Richie Havens, and Taj Mahal, I was attracted to Black musical expression. But knowing the price many of these artists paid to be heard sobers my joy and enthusiasm.

I have been careful to never claim to have any expertise or insider understanding. Still, as an educator and media type, I have tried my best to support African American citizens and make others aware of their plight in this race-haunted country. I developed a class on African American literature for an all-white high school. I remember teaching at Bryant & Stratton College in Milwaukee, where a significant majority of students were Black. During a conversation one evening, I mentioned a classic African American author, Richard Wright. Observing that no one in class knew who I was talking about—they were victims of a clearly white-dominated American literature canon—I began to write the names of Black authors on the board, just to see if any of them rang some bells among the students. Very few did.

As in many modern cities, Milwaukee’s Blacks have borne the brunt of urban renewal that used highways and other infrastructure to separate people. A common joke when I grew up was that the 35th Street viaduct was the longest bridge in the world because it separated Poland from Africa. As generations came, it got harder for African Americans to move upward. Several students told me of the hassles they faced when they tried to secure a mortgage.

In 2000, I was deejaying the night shift at Milwaukee’s erstwhile jazz version of WYMS. I was given the job when the former evening host retired. Her audience, based on her playlists, might have consisted of mostly suburban folks, given her propensity for more sedated, cocktail-hour music. She did a good job with that, but I was different. Having hosted my own jazz program at the Burlington School District’s station for a decade, I was used to playing music across the gamut, and among my favorites were people like Horace Silver, Lee Morgan, Wayne Shorter, Joe Lovano, and John Coltrane. I once spent a Sunday night hour on the phone with a record hawk from NYC explaining how I had to contextualize and program, through deft selection choice and positioning, guitarist Liberty Ellman to a Midwestern audience.

So, the light-sophisticated DJ was replaced with someone more, uh, cosmopolitan. At the start, I worried about that, but the phone calls I was getting from cab drivers, introverted slightly-soused guys at home, and actual jazz musicians indicated I was getting the mixed audience I craved. Meanwhile, I suspect the cocktail hour club was getting restless.

That restlessness came out one night when I played a selection from the keyboardist Jason Lindner’s first album, an impressive ensemble effort called Premonition. The piece, “Mary’s Vibe (For Mary Lou Williams),” is an elegant tribute, but within it is a minute-long rap by MC Benu Merata, delivered with all due reverence. I like compositions that meld different rhythms for effect, and the fact that Mary Lou Williams was the subject helped me believe that this unusual (for the time) performance might resonate with my audience.

Shortly after Merata’s contribution, I got a phone call. The voice at the other end was older, and white:

“This is a JAZZ station, Jeff, not a RAP station!”

That was the first negative call I had received in little more than a year at the helm, and it shook me slightly, though I was more amused than anything. I waited for what I thought might be more responses, but none came. Still, I turned from amusement to disgust. Taking a few deep breaths, and playing one more song (I forget what it was), I returned to the air and proceeded to make a mildly pedantic statement about jazz being, essentially, Black music that was embraced by all kinds of people, and that one should respect the intention, even if one didn’t like the form. I didn’t think to mention that Lindner, the composer, was white. Not sure if that mattered, but maybe it did.

But, in the back of my mind, I felt like I was preaching to a softly bigoted underclass that patronizes American Black arts culture and its supporting mechanisms. I didn’t get any spit-back on my little diatribe (from anyone), but I still wonder if it did any good.

That memory came back while I was reading Philip Clark’s new book Dave Brubeck: A Life in Time (Da Capo). In it, Clark broadly covers Brubeck’s ongoing struggle with the newly generated jazz patrons and audiences of the late ’50s and ’60s, in terms of race relations. Actually, it was more about the promoters, who obviously had other authorities than the taste of their audiences to deal with.

One notable—for this current milieu—moment came in a place that surprised even him: Minnesota, in the supposedly open North that won the Civil War, and more particularly the epicenter of our current unrest about race and police, courtesy of the horrible killing of George Floyd. As several well-researched articles in the past two months have made clear, Minneapolis specifically and Minnesota in general have had a dicey socio-political relationship between Blacks (alongside other minorities) and local citizens for quite a while. In a section dedicated to Brubeck’s bassist, the African American Eugene Wright, Dave is quoted from his journal: “ . . . when we worked at Lake Minnetonka . . . and E[ugene] was not allowed to stay any place close to the hob or the lake. So Gene, Paul [Desmond] and Joe [Morello] drove back and forth from MPLS every nite. Some place in the north I recall seeing a sign that said ‘Don’t let the sun set on any negro in this town’.” That last phrase, explains Clark, was an old Confederate-era trope that basically warns a Black person not to stick around town.

As it turns out, eventually the quartet was often shut out of even the most logical motel choices. One night in Oklahoma, they figured they would have to spend the night in the car, until Desmond showed up in someone else’s Cadillac, driven by the car’s owner. When the driver asked Brubeck what gives, Dave explained the situation. The driver went into the motel; he turned out to be an oil company executive who happened to own (or said he owned) the motel. He threatened to foreclose on it if the group was not allowed in. He even offered to jet them out of town if needed. They were allowed to check in.

The journaled incidents above are undated but appear in a section that would cover the early ’60s, at least. Why Brubeck was “surprised” about Minnesota is that they had had plenty of friction with jazz promoters, even on college campuses, in the South. The students didn’t really have a problem with a jazz group playing with one Black member, but the group was often told to jettison Wright or not play.

Brubeck, to his credit, never capitulated. Instead he acted out his principles, even when threatened. A notable appearance at the University of Alabama, the state of George Wallace, in 1964 raised the ire of the KKK, which threatened “violence and disruption“ if the group, with Wright, was allowed to play in front of a non-segregated audience. The Klan and the White Citizen’s Council picketed the event, but it went on anyway.

As part of that concert, Brubeck had Wright, who hardly ever soloed, play a solo during a rendition of “King for a Day” (from The Real Ambassadors). Wright said, “We never did it again because [tour manager] Joe Glaser, you know, got nervous. But, man, what a night . . .” Putting the object of the racists’ concern out front like that demonstrated Brubeck’s courage and cheekiness in the face of opposition.

Two years later, Brubeck was approached on a plane by Wilbur Rowand, then the music department head at U-Alabama. He wanted Dave to know that his appearance made a difference. In a letter later sent, Rowand told Brubeck “That . . . Sunday afternoon program . . . was the first time that the box office at our main auditorium had been integrated . . . I am pleased to report to you that we have had no unpleasant incidents since that day and all of our concerts, lectures and public attractions have been integrated.”

In today’s jazz world, situations like these seem to have vanished. While it is still true that the patronization from the rich (more often than not white) has bolstered a majority of the world’s major jazz events, there are very few to no oppositions to who performs where. As for Chicago, for all of its notable race and class struggles, the city has built a significant jazz scene that grants ownership and authority to a wide range of participants. Not having been an active part of this scene until recently, I’m sure there are aspects of it that would complicate my view.

Basketball star and commentator Jalen Rose put it well—that people who love Black culture need to love Black people. I don’t have any reasons not to love Black people, those who have brought meaning to my life in myriad ways hard to quantify. Is my advocation of their art a way to love Black people? Partly, perhaps. Putting MC Benu’s rap out there feels like what Brubeck did with Eugene Wright. But of course it’s not enough. Supporting Black businesses and encouraging the city to spend more time and money to rebuild and reenergize the largely Black communities here are other ways to help. I belong to a mixed-race church on the Northside. During a Zoom discussion, one of our Black members said she wished our congregation was more intentional in its support and awareness of associated issues. I intend to be a part of that.

Caring with courage can be a start, I hope. All sorts of viaducts exist, but they can all be crossed.

“Jazz with Mr. C” is written by Jeff Cebulski, a jazz enthusiast and regular contributor to Chicago Jazz Magazine. Contact Jeff at bullski@hotmail.com.